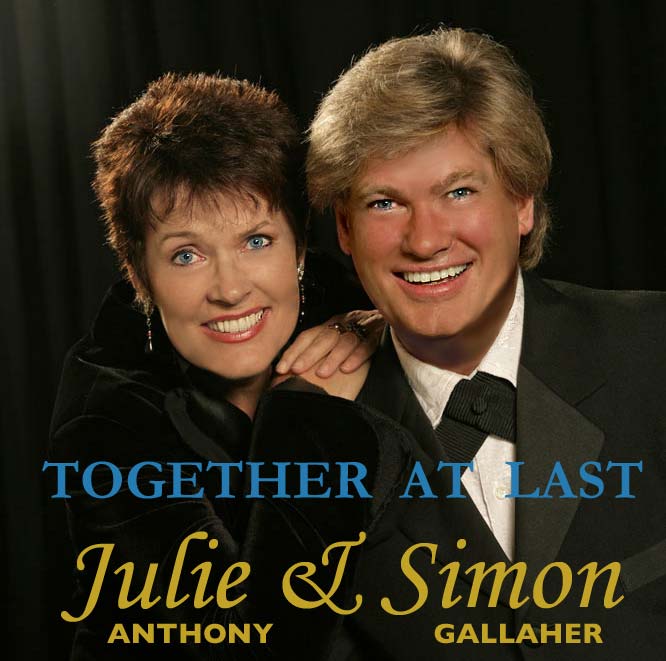 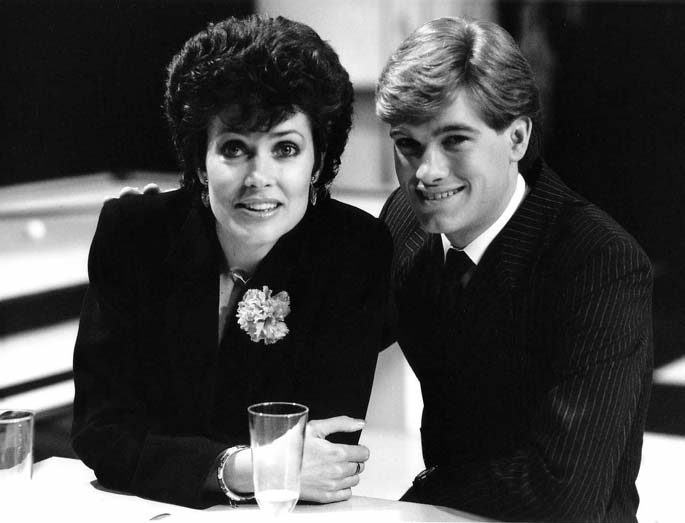 UPDATE: Julie Anthony has recently announced her retirement from performing and singing.
It's been over 30 years now since Julie Anthony and Simon Gallaher first sang together. The first time was on ABC-TV The Simon Gallaher Show (pictured above right) and they have remained great friends ever since. In the early 1990's Simon asked Julie to join him in a series of concerts he was doing with the Symphony Orchestras in each capital city. Along with conductor Tommy Tycho and arranger Kevin Hocking they performed their first integrated concert shows An Unforgettable Evening which proved that the combination was not only a winner but that they also had a remarkable vocal blend. In more recent years Julie and Simon have lived closer together in the Gold Coast hinterland and this has made the occasional union of their vocal talents more possible around their personal and individual professional commitments. In 2005 this culminated in their first major collaboration on stage with their hit series of concerts entitled Together At Last. An album was also released which was recorded live in concert.

After great acclaim and sellout shows right across the country, Julie and Simon staged a new show that they entitled Moments To Remember featuring great songs from the fifties through to today with a new repertoire of material arranged by Musical Director Kevin Hocking. It also allowed the two artists to reminisce of the many times and songs they have performed over the years during their extensive careers. The new show toured through to the end of 2011. Regretfully, with the retirement of Julie Anthony, this brings to close a wonderful collaboration that endured over a quarter of a century.

Watch them here as they performed on ABCTV all those years ago: